Hurricane Harvey’s impact on Houston was catastrophic. Over the course of several days the storm brought record rainfall that flooded more than 154,000 homes across Harris County, displaced nearly 1 million people and caused an estimated $150 billion in damage.

With not only employees from Group 1’s corporate office but 16 area dealerships calling Houston home, many were displaced and felt the devastation of Hurricane Harvey firsthand.

Demonstrating teamwork, employees from dealerships across the globe came together to support their colleagues impacted by providing resources, time and donations to their colleagues who needed it most. Storm relief efforts by Group 1’s employees and corporate office included:

Hurricane Harvey may have brought disastrous damage to Houston, but the storm strengthened the global Group 1 team. Employees embodied our core values of teamwork and integrity during such a difficult time, demonstrating we are #HarveyStrong. 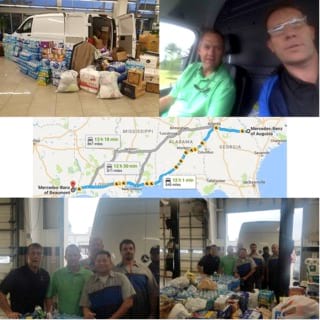